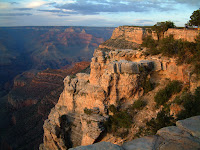 This was my sermon this morning. I even learned how to copy it from my computer at work! I am learning more of this computer business every day.

Because Jesus is not afraid to call us, all of us, rich and poor, young or old, lonely and outcast – his brothers and sisters. He does not look away from us, or run away from us, but comes to us with healing and food, with cool water for our heads, with forgiveness, life. He comes to every single one of us sinners this day. He is not afraid to eat and drink with us, not afraid to sit at our bedside, not afraid to live and die with us. He calls us "sisters and brothers" – no matter who we are – and he invites us to look at his face, and to serve him as we serve the lonely and the outcast, the homeless and the poor – and so see them as our brothers and sisters, too. Every time we do this – we bridge the chasm – in Jesus’ name.
AMEN
Posted by Diane M. Roth at 7:52 PM

Email ThisBlogThis!Share to TwitterShare to FacebookShare to Pinterest
Labels: Sermons

Outstanding. Great work, Diane! The image, the gentle way of dealing with a difficult text, the invitation to sight and to grace. Love it.

how did it go?

it went fine... not quite as energetic as the "lost and found" sermon from two weeks ago, but well-received (I think)...

I was getting pictures with baptismal family after 2nd service and didn't have time to hear any feedback then.

Very good, the analogy is awesome.

I appreciate your feedback ...

Oh, my, this was my theme, too. We live in Appalachian Tennessee. We have Lazarus in muliple, who are off the grid entirely: no medical care, no birth certificate, no school enrollment (and certainly no diploma). We have fairly affluent retirees who are concerned about having enough to live on till they die, and then just across the road we have folks who can't have a phone, cable TV, and food on the table all at the same time. Thanks for joining me in the reminder about Lazarus and the rich man (I reminded all that we are ALL rich, compared to the rest of the world).

"By not seeing that our fates are intertwined." -- wow, yes, hit the nail on the head here!

Really great! And I read this after reading an article for homiletics class about how the poor envision texts differently, these same people you identified so well here. I wonder though if sometimes our listeners think we are talking about someone else needing to hear the message and not themselves?
Unrealted but "uwbxztsd" to post? Soon it will be the whole alphabet! ;)

oh, and for Barb -- not seeing our fates are intertwined -- could do a whole sermon on that! that's a really big part of the issue for me, that we separate ourselves from those who are "different". that's one of the big "sin" issues for me

I enjoyed your sermon; Jesus bridging the "un-bridgable" chasms. When I was thinking about this text I thought of a song by Point of Grace called "The Great Divide". I used the lyrics in my sermon on Sunday. I especially like the lyric thats says, "There is a cross to bridge the great divide". Thanks much.

Enjoyed the sermon and imagery. It seems like the chasm is growing wider each year.

I love it. Great sermon. I'll always remember your images when I read that passage now.

Prayers from here to there- back soon!