On Tuesday, I officiated at the funeral for one of my beloved uncles, my dad's brother-in-law, Roger.  He was 90, so he lived a good long life, just the past few years in a local nursing home, confined to a wheelchair.  He and my Aunt Norma were married for 65 years, which is a pretty good run, in my book.  My aunt and their three children and families were there, at the funeral, and I was honored, and a little nervous, to speak to them.

I have officiated at several weddings for family members in the past, but have never been asked to officiate at a funeral.  I think that I would, in some ways, prefer to be one of the mourners, to be able to hear the promise of the gospel from someone else, to hold my memories and weep and rejoice.  I would like to hear the insights of another preacher, reminding me of all the things I knew, telling me things I never knew.  But when my cousin called me last Thursday evening, I found that I couldn't say no.  I was honored that she asked me, but still, a little nervous.

I knew my uncle Roger as a child knows an adult.  I remembered how much he loved the water, his silly jokes, the way he would tease me or give me a kiss on the cheek.  He taught me how to surface dive, when I was afraid to dive instead of jump from the deep end of the water.  He had polio when he was young, I knew that, because he always walked with a limp.  But I did not find out until just before his funeral that he had polio as a teenager -- at 17 -- and was in the hospital for a whole year.  According to his family, he never complained about it, always found something positive.

Some things I remember about my uncle Roger in part because of the family movies my dad took.  They have been spliced together and, although they are not in order, I still will force my husband to watch them with me, on occasion.  When I was looking through the movies before I preached on Tuesday, the first image I saw was my uncle Roger in a boat on the lake.  I also saw a clip from Christmas.  Whenever the camera came to him, he would turn and give my aunt a kiss on the cheek. 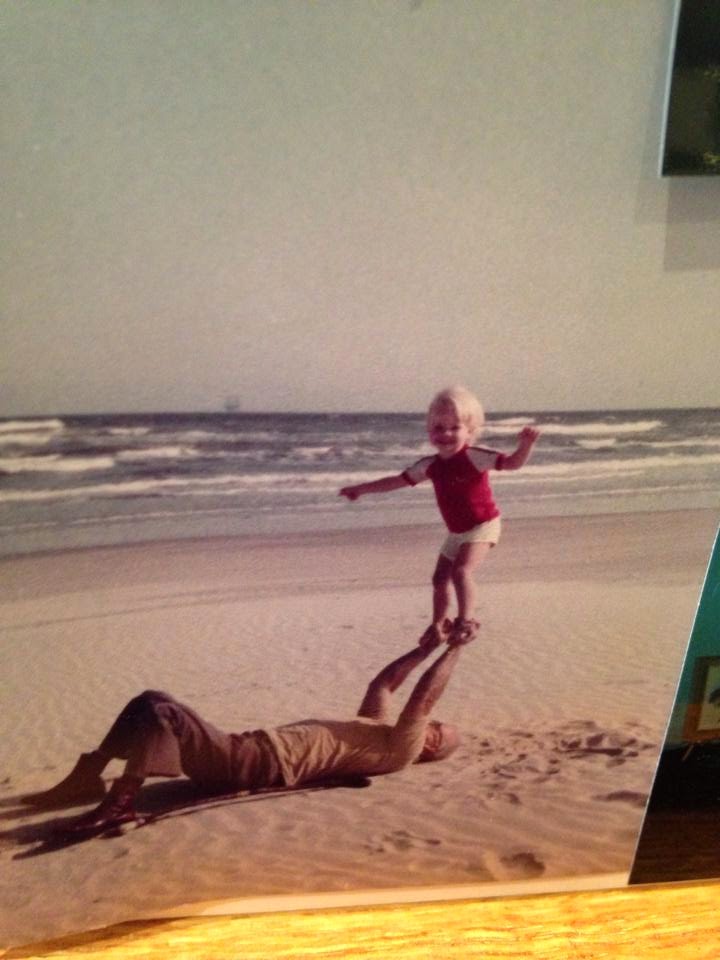 But the clip I was looking for I could not find.  It's a clip of my uncle Roger on the floor, playing with the kids.  Actually, he is lying on the floor, on his back, and he is lifting us up in his hands, up into the air.  If the clip is as I remember it, I was hesitant.  It looked scary.  He kept coaxing me, while all of the other cousins took turns going up in the air, up in his hands, higher than they imagined they could go.  It was as if he was saying, "Don't be afraid.  It'll be fun!  Trust me.  I can hold you."

"Don't be afraid."  That's what my uncle Roger taught me, or tried to, anyway.  "Trust me.  I may have weak legs, but I have strong arms."

And my uncle Roger?  He is not afraid.  He never was.

May I someday learn to be so foolish.  And so fearless.  And so wise.
Posted by Diane M. Roth at 4:46 PM