My love affair with milkweed began late:  just last summer, to be specific.  I had always sort of known about milkweed, the way that I know about cattails and dandelions and even the leaves of the mighty oak trees.  But I haven't been much of a gardener in my life, so I didn't really know about milkweed until last summer.

We were getting some landscaping work done in our backyard.  The peonies were all overgrown and had to go.  I wanted something that would bloom more often than just that one glorious week in June, too.  So we got some advice, and planted a few things, and tried to nurse a couple of other sad plants back to health.  While our friend, the landscaper, was over one afternoon, giving us some advice, he looked over at the fence line between our house and our neighbor's, and said, "Oh!  You have milkweed."

I do? I thought, but did not say.  (how could I not have noticed?)  I took a good look, and tried not to look too excited.  I had heard that milkweed was good for butterflies, particularly the monarch butterfly.    And here it was, just growing in our yard, for free.

Before I could alert him, my husband mowed down the milkweed.  It didn't look like it belonged in our yard.  It looked like a weed.  A tall, impressive weed, but still a weed.  After that, I looked around for milkweed everywhere:  on our block, on the prairies of southwestern Minnesota, in the ditches, in the city.  And I hoped that it would come back this year, anyway.  It is a wild plant, after all, and it can do what it wants. 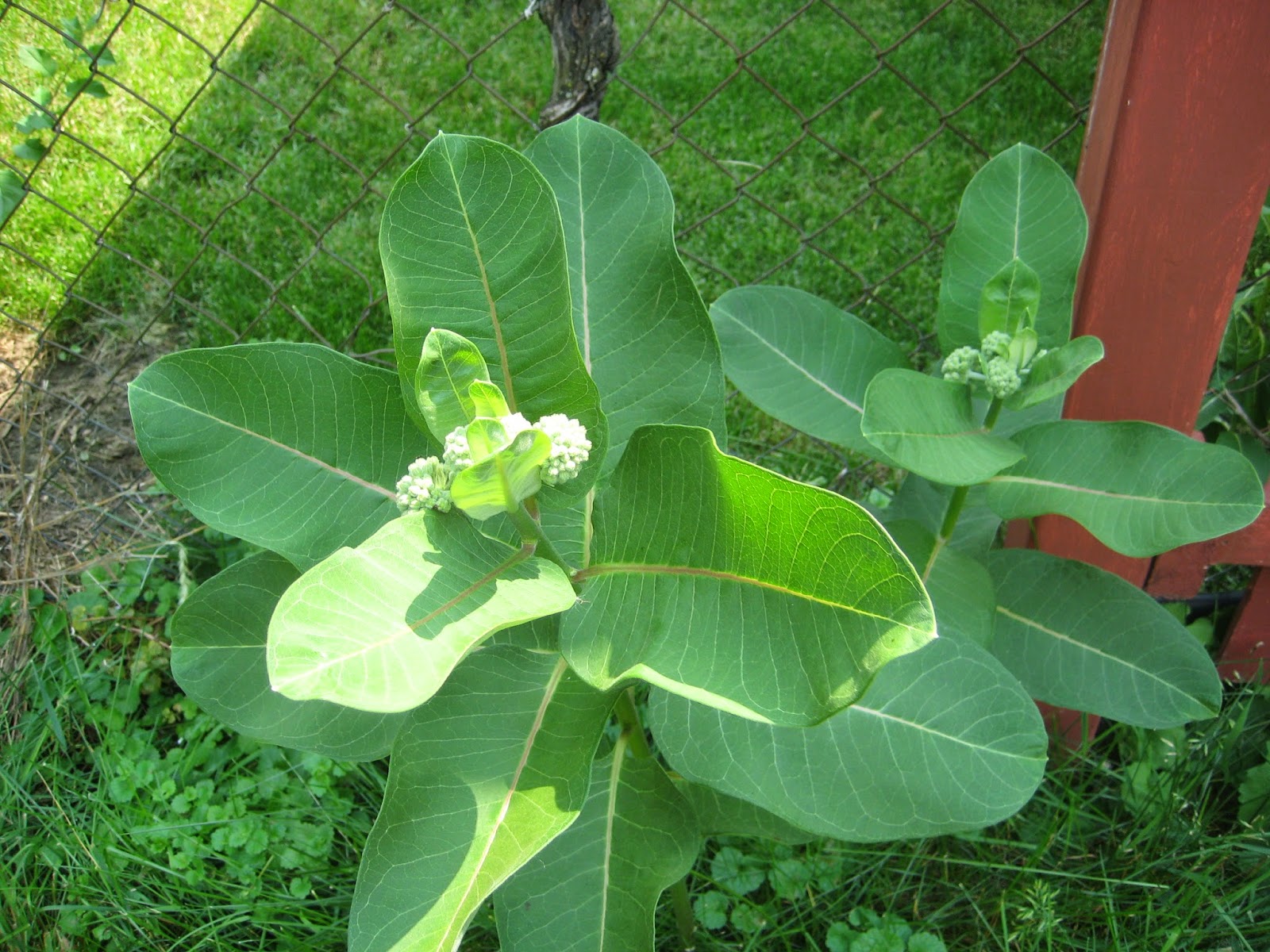 For a long time, though, it looked like the milkweed would not re-appear after all.  It was a hard winter, and other people reported that they hadn't seen any sign of their milkweed either.  But finally, one day, late in June when I had given up hope, there it was:  one lonely milkweed plant.  It came back.

I realize that milkweed is not the weed of this week's parable, not the weed that goes hiding among the wheat:  similar, but not the same.  No, the weeds this week are tares, not milkweed.   Long ago, when I expressed surprise about the parable's farmer and his methods in a Bible study populated by farmer's wives, they told me they were not surprised at all.  Back before there were chemicals, that's the way it was with wheat.  Wheat is not a row crop, and you couldn't get between the rows and get the weeds.  You had to wait until the harvest.  Only at the harvest would everything finally get sorted out.

When I got a little curious about "milkweed" lately, I was trying to figure out the name.  Not the "milk" part, but the "weed" part.  I knew that milkweed was beneficial to monarch butterflies, among other things.  But when I went on the internet to find out more about it, I was surprised to find out there are also places that it is listed as a noxious weed, an invasive species.  There are places where milkweed is actively rooted out and destroyed according to law.  To be fair, I have also discovered that in some of those places they are now changing those laws, now allowing milkweed to be protected.  Milkweed:  a noxious, invasive weed that is also a place of transformation for butterflies.  I like it.

It's not so much to hope for, perhaps: that a noxious sinner like me  could also, in God's plan, be a place of transformation for someone else.

A cross says it is possible, and even true.
Posted by Diane M. Roth at 4:10 PM