“The Greatest of These….”

Dear friends in Christ, grace to you and peace from God our creator, and from our risen Lord and Savior Jesus Christ.  AMEN

Am I a sheep or am I a  goat?  —I can’t help asking myself this question whenever I hear this parable.  Am I a sheep or a goat?
Because at the end of time, when the king comes and stands before the nations, that is what is going to make all of the difference, and I know that I would like to be counted among the sheep.
And so when I read this parable, I think about the people who come by the church asking for gas, or a few groceries, or sometimes, even a place to stay for a few nights.
And I talk to them, and if I can, I help them, even if it’s just a little.  I help them partly because I want to and partly because I think I am supposed to, and sometimes even when I don’t feel like it.  Am I a sheep or a goat?

But then – then – there are all those times when I am driving on the highway and I come to an exit ramp and I am stopped there while someone is by the side of the road with a sign:  “Will Work for Food.”  “
Anything helps.”  “Homeless and hungry."
And more often than not, I do not roll down the window, and I hope that the light changes, and I wonder in my heart what is the right thing to do.
Am I a sheep or a goat?  Because that is, in the end, what will matter, when the King returns.

But maybe that’s the wrong question.
I don’t know – but I noticed something this year because we are using a different Lectionary – because we are using the narrative lectionary and we are reading the gospel almost in the order that it was written
– I noticed something about where this story is located in Jesus’ story.
Jesus tells this parable right before he is arrested, right before he is tried and led away to be crucified, right before all of his disciples run away in fear.
This is the very last parable Jesus tells, his very last piece of teaching until his resurrection.
Does that matter?
So when the sheep and the goats both ask Jesus the question, “When did we see you…. Hungry and thirsty and naked and a stranger and in prison…” … some of those things are about to happen to Jesus.
Jesus will be arrested, he will be thirsty, he will be naked, he will be a stranger…. And almost not one will come to his aid.
Every single one of his disciples --- will be goats.
When he cries from the cross, “I’m thirsty,” they won’t hear him, because they are all…. Somewhere else.
It is Simon of Cyrene who is employed to help carry his cross.
And after he dies, Joseph of Arimathea clothes him and welcomes his body by providing a tomb for him.
“When did we see you….?”…. and none of the disciples will pass the test.  They will all be goats.

So maybe we are asking the wrong question.
Am I a sheep or a goat?
We are all sheep and we are all goats sometimes.
Maybe this is a better question:   what is it that makes the difference – between sheep and goats?
You know – I am tempted to say – well, the sheep saw Jesus in the hungry, thirsty hurting people they encountered, and they helped.  Every time I read this parable, I always fall for that, at first, and what I want to say to everyone is “Pay Attention!  Look For Jesus!  He is here, among us, in the least of these.”
But what if seeing Jesus isn’t the point?
Here’s the thing – both the sheep and the goats ask the SAME question of the king.
They ask, “When did we see you, Lord?”
Neither group recognized the King.
The sheep and goats are both surprised by the criteria by which they are judged.  It is not about seeing Jesus.
It would be good if we did.  But we don’t.  Mostly, we don’t see Jesus hiding in the world.
But those who were sheep – at least in this parable – saw something.
They saw something that made them overcome that fear that makes you look away,
they saw something that made them overcome the suspicion that makes you judge – do they really need the help?
– they saw something that made them overcome the prejudice  that makes you assume you already know the story.
Those who were sheep saw something – not a problem – not a statistic, not even a cause – but another human being.
Sometimes I think that’s harder than seeing Jesus.

It’s many years ago now since I ran the summer program at Messiah Lutheran church in inner city Minneapolis.
It was the hardest summer of my life.
I can look back now and see good things that happened that summer.  I was the first director that actually accomplished getting a multi-racial team of high school students to lead the program.
But it was not so easy for us to get along or understand each other.
I felt the stress of being the only consistent adult there for the eight weeks of the program – though we did have many volunteers who came and went.
But I looked forward to the last day of the summer – for more reason than one – because we were all doing a great job planning a carnival.
We had gotten the best carnival favors ever – all kinds of school supplies and great and practical things, and my team was doing a good job thinking about and planning what their booths were going to be.
We even had a piñata for the close.
And so many things were going well.  Until the very end of the day, when a group of teenager boys from the neighborhood crashed our party, smashed a piñata and left calling us -- me – names.

I tell you – I did not see Jesus that day.
I am pretty sure I didn’t even recognize that those young men were other human beings, created in the image of God.  Not then.
Not that day. 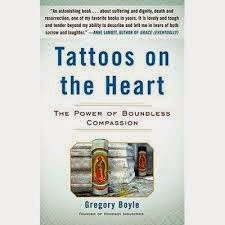 Later on I heard Father Greg Boyle speak.  He works with gang members in South Los Angeles, speaks of them as his brothers and sisters, and talks about his great affection for the young men and women he knew.
He said that those in gangs had a ‘fatal deficit of hope’ – it’s not so much that they want to kill, but that they don’t have anything to live for.
What makes the difference – between the sheep and the goats?
Why did they do it – it wasn’t for the reward.  It wasn’t so that they could be sure that they were standing on the right side at the end of time.
It wasn’t because they recognized Jesus.

Am I a sheep or a goat?
Yes.  I am.  I am a sheep.  And I am a goat.
But maybe that's the wrong question.  Because it's not about me.  It's about my neighbor.  And it's about Jesus, who loves every single one of us.

Email ThisBlogThis!Share to TwitterShare to FacebookShare to Pinterest
Labels: goats, judgment, Lent, Narrative Lectionary, Sermon, sheep, the least of these

I am both and they are both, forever and ever, amen. Thanks, Diane.

(As a funny coincidence: I started reading Tattoos on the Heart this morning.)

I found the book sort of episodic to read, but very very moving. And I did get to hear him speak once. If you ever get the chance...

Noted, re: hearing his speak.

I agree that the book is episodic. It's so different from what I expected it to be: in my case, at this moment, that is a blessing.